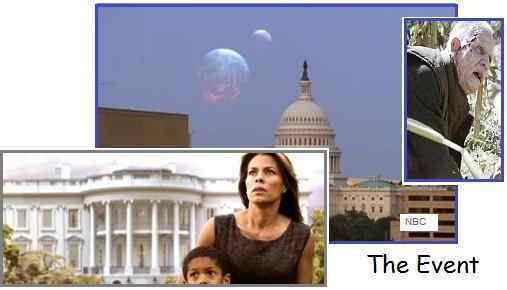 The establishment, primarily the CIA arm, has used Hollywood to spin the message on aliens and the pending passage of Planet X to their liking. Except for Spielberg’s hallmark movies ET and Close Encounters, which told the truth, the spin has been a lie. The CIA, via the movies and TV series, assert that aliens are here to squirt acid, colonize, and eat mankind. The truth about the pending passage of Planet X and what the Earth’s geography reports is likewise skewed. The Earth changes that man is facing – disturbed magnetosphere, slowing rotation, fireballs from the sky, high tides, shifting plates, and rising sea level – are all given a cause other than a passing planet.

If one wants proof that the CIA has dictated the Hollywood agenda, look no further than this for proof. Why else would a passing planet be verboten? The Event was approved because it presented the alien presence as something to be feared, the aliens seductive but planning to wipe out mankind. But the CIA made it clear to the producers that the story line must stop before it came too close to depicting the actual passage of Planet X. Thus, just as the cover-up crowd is planning to announce that indeed there is a rogue planet in the vicinity responsible for the rise in earthquakes, volcanism, and erratic weather, there has been no voice explaining how the Pole Shift and Last Weeks will unfold – except ZetaTalk.

In that ZetaTalk has been suppressed mightily by the cover-up crowd, media sources told not to feature Nancy and Coast to Coast told to limit her appearances to only once every few years, they are hoping to steer the attention after the announcement to their hand-picked puppets, those who have cooperated with the cover-up. After years of stating that Planet X did not exist, or was perhaps way out in space somewhere (anywhere but near the Sun where it was showing up regularly in photos and even on the SOHO and Stereo images), these spokes persons will be put forth to explain what the announcement means for the anxious public. How will this play out? 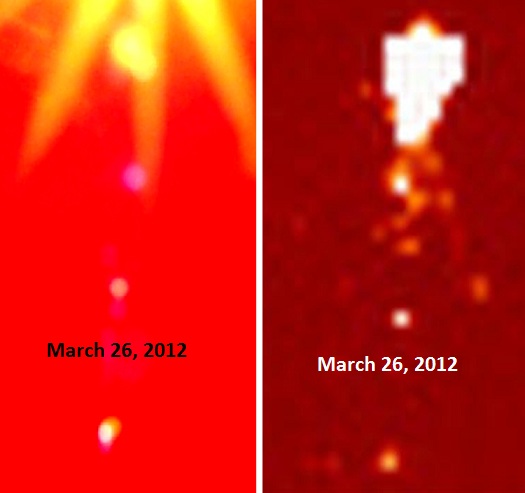 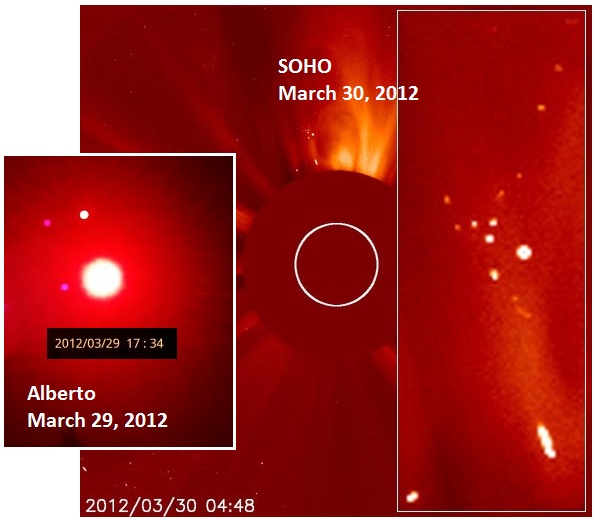 Since the public has in the main been unfamiliar with the concept of Planet X, which has been presented as a conspiracy theory promoted by a crazy woman in Wisconsin, they will be trying to sort it all out. NASA has had two of their senior folk state in print, published by major media sources, that Nancy Lieder should not get their ear. Nancy was the only person so singled out, yet now when she is proven correct, the public should listen to the liar NASA rather than Nancy? Even if the Internet is scrubbed of such evidence, this evidence is in too many hands to be eliminated, and is in the memory of too many to be forgotten.

ZetaTalk not only has a dozen mirror sites, it has long encouraged the public to secure their own copy, and hundreds have done so. Attempts to take down the mirror sites some months ago failed, as we intervened. There are over a million avid fans, worldwide, all of whom have their networks, and thus all this will go viral as though set on fire when the announcement is made. The million fans will become a billion, overnight. The establishment cannot stop this, unless they close the Internet down entirely, which as we have repeatedly explained, will not happen.

Thus, at first, the public will get familiar with some new faces, explaining the history of Nibiru and putting the establishment’s spin on what the passage will involve. But simultaneously they will be hitting the Internet, and even by manipulating Google’s search results so that Nancy and ZetaTalk are pushed down, the chatter of a billion fans, most of them new, will overwhelm this suppression. It is frankly too late for the establishment to kill Nancy and ZetaTalk. They have tried for years - through ridicule and countering the truth with lies, by putting forth alternative spokespersons and forcing the press to ignore ZetaTalk - and not succeeded in stamping it out. The truth, pure and simply, is hard to stamp out.

Thus, faced with seemingly ignoring the obvious, the establishment controlled media will be faced with a choice.

They will chose the second option after a few days, in essence forced to do so.

ZetaTalk June 16, 2012
http://www.zetatalk.com/ning/16ju2012.htm
What would be the outcome of admitting that there is a planet in the inner solar system?  They could make a general announcement. They could have Obama make this.  He could explain that the issue had been under security directives to avoid panic but that it is coming closer and becoming more obvious and they feel that the public needs to know. They could present diagrams showing where Planet X is positioned, and explain what it’s doing to the Earth, causing the wobbling and weather changes. They would say they’re not sure what the outcome will be but that the public will be kept informed, then walk off the podium and let some scientist take over to explain all the details.

ZetaTalk July 21, 2012
http://www.zetatalk.com/ning/21jy2012.htm
The cover-up is poised to make an announcement, by Obama, a worldwide broadcast announcing the presence of Nibiru, aka Planet X, nearby. When such an announcement is made, the cover-up is most concerned about maintaining control of the message. In that ZetaTalk has been on target since its birth in 1995, even tracking Planet X into the inner solar system in 2003 with documented evidence, it cannot be disputed. It is also too widely known to be eliminated and has proven resistant to being discredited. But there are dozens of individuals, generating their own prophecies and garnering their own following, who will try to grab the stage.

ZetaTalk August 25, 2012
http://www.zetatalk.com/ning/25ag2012.htm
We, the Zetas, have mentioned a pending announcement by Obama a number of times, and would estimate the probability that this will happen at 93%. Obama is clearly leading in the polls, and no one could accuse him of fabricating the issue to increase his electability, which will if anything increase.