Stretch Zone, not exempt, but pulled apart and twisted

Places such as the St. Lawrence Seaway, the Red Sea and African Rift in Kenya, and the Parana river basin near Buenos Aires ... during the time leading into a pole shift, when the surface of the Earth is tugged in different directions, torn, and plates are torqued to assume new positions with each other, tear zones participate and are not exempt.
ZetaTalk: Stretch Zone, written Sep 11, 2004

During the Torque Effect, much discussed on prior Lou Gentile shows, the West Coast is releaved of compression but the East Coast can expect to stretch. If the northern edge of the North American plate continues to rotate eastward while the South Pole is pulled back, the stress will be in two places:

Likewise in eastern Africa, where the tip of Africa is pulled back, the stress will be in two places:

An example of this kind of stress occurred recently when Arkansas on the New Madrid fault had a 4.8 quake on May 1. El Salvador had a 600 quake swarm on May 5 (70 of them in the 3-4.9 Richter range) while Panama simultaneously had a 6.9 Richter quake. On the far side of the North American plate in Iceland a series of 11 quakes ranging from 4.3 to 5.1 occurred on May 10 throughout the day. And the Galapagos volcano erupted again (last time in 1998) on May 13.

Brownouts and surges, outages, satellites malfunction, radios malfuntion, and the magnetic field wildly fluxuating with the HAARP Fluxgate Magnetometer in Alaska down and auroras seen as far South as Florida and Texas. We are currently in the Solar Minimum! What presence is ruffling the surface of the Sun?

Forecasters at the NOAA Space Environment Center in Boulder, Colo., observed a geomagnetic storm on Sunday, May 15, which they classified as an extreme event, measuring G-5-the highest level-on the NOAA Space Weather Scales.
NOAA, May 15, 2004

The rocking chair in my patio in Italy took the rain and filtered the dust, a very fine dust, similar to iron oxide dust.
May 6, 2005

Contorted jet streams, with breakaway lows curling off over the North American continent, have been noted on weather maps over the past few months. Caused by increasing violence in the Earth wobble, forcing wind direction to suddenly change.

A new development is tornado swirls within the jet stream, where the stream turns round upon itself rather than proceeding, high in the upper atmosphere, in its traditional directions. Tornado behavior in the jet stream will result in unexpected turnabouts in temperature and storm systems, a pattern noted already in 2004 when several hurricanes turned back to attack the East Coast of the US.
ZetaTalk: Jet Stream Tornadoes

Mathematicaly plotted by an engineer, who has taken these measures for a year and nine months. Nancy, who does not speak math, quotes this mathematican: The two trend lines give a conservative future (straight line) and a potential rapid change (polynomial) future. The real future can be estimated somewhere between these two trend lines. During this same time frame the average angle of instantaneous motion has been gradually changing from mostly westerly to mostly south. This is not an opinion, but the facts, folks. The Earth wobble, which has been with us since the Earth stopped in her orbit on Dec 25, 2003, is increasing, and is not a fantasy.

The measured drift distance has more than doubled within the last one year and nine month time. The GPS is hanging on my kitchen wall in one position and does not move. The trip distance is measured and recorded each day. If one averages the predominant earth wobble directions motions then one gets South as the average result. The motions being measured are getting bigger with time by a factor of more than two. These measurements are over and above what is being compensated for by the regular position correction updates done by the GPS managing agencies.
May 15, 2005

Each month on the Lou Gentile show we have been presenting survival techniques, in February water distillation and making huts, in March wood gas to replace gasoline and natural toilet paper, and in April soap making and Vitamin C sources and how to spin and weave cloth.

Eating Bugs is traditional and a normal part of the diet in many parts of the world, as they are full of proteins and fats and even Vitamin B. The Troubled Times Bug TOPIC has many suggestions. The Montegnards in Viet Nam roast crickets and include in rice meals. The Inuit in the Polar Circle eat white maggots grown in caribou carcases raw, and consider this a delicacy. Tie back the legs of tarantulas and toss them in the fire as they taste like crab. The Aboriginals mash ants with berries. Snails are an excellent food. The Bantu of Africa dry termites in the Sun and then roast in oil. In New Guinea grubs are roasted for their nutty taste. Earthworms can be minced and rinsed and added to soups or stews. Grasshoppers can be roasted on sticks for a quick snack. Even the Iowa State Entomology Department has recipies such as Banana Worm Bread, Rootworm Beetle Dip, Mealworm Fired Rice, and Corn Borer Muffins.

A bike on a rack or a water wheel or even a hand crank can recharge a battery, but a means of generating electricity from the motion is needed. Recently a dedicated Troubled Times member has tested a theory by making an electric drill act backwards, the drill bit being the crank, the wires being the output for electricity, and this works! Simple and inexpensive, step by step instructions are available. 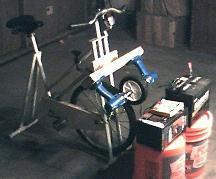 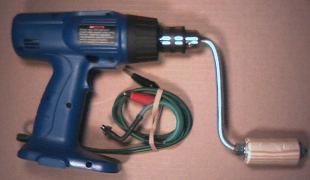