When you can see Planet X in the sky, there is no more debate about it's existence. I will be a believer at that time, but I'm still waiting until I can see it in the sky to say I am certain that Planet X is real. The Zetas made a list of 10 major events that would take place and The New Madrid Quake is #7. The first 6 have already passed, as predicted. To read all predictions, go to 'zetatalk.com' and start reading. There are hundreds of pages to read and thousands of pages of newsletters, published. You can read until 2026 when the catastrophic pole shift takes place. The New Madrid will cause havoc by the end of 2021 or early in 2022. Immediately after the New Madrid quake, in the United States, a tsunami roars through the English Channel, with waves up to 200 feet destroying much of Devon and Cornwall counties in Great Britain as well as wiping out Denmark. A tsunami travels across the ocean like a jet liner, but slows down when it reaches the shore. All that energy of the water causes it to rise, as it pushes everything on shore with a high wave. All the newsletters have the details with links.

There is one discrepancy with ZetaTalk, and that is confusion about a first and second pass through the debris ridden tail of Planet X (aka Nibiru). This stems from the author refusing to embrace the Zeta explanation of a stopped orbit, where the Earth encountered Nibiru in its path in December 2003 and was then pushed back into the August position. This is a sticking point for many, but proofs exist, as in the constellation placement. And per the Zetas, benign aliens are tilting the globe back and forth to simulate the seasons. 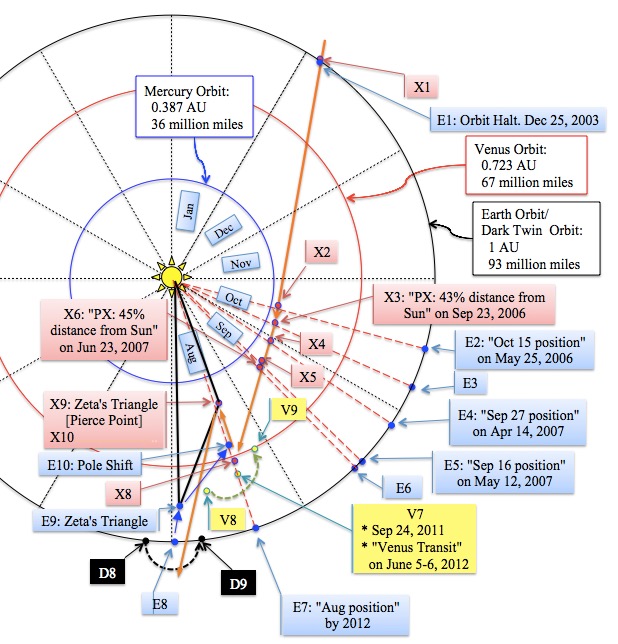