Any comment on the Russian rocket failure? [and from another] http://rt.com/news/159304-proton-rocket-crashed-kazakhstan/  A Russian Proton-M rocket with an advanced satellite on board crashed outside of Kazakhstan's territory, about nine minutes after lift-off. The Express-AM4R would have been Russia’s most advanced and powerful satellite. The crash was likely caused by a failure in one of the third stage’s steering engines, reported Oleg Ostapenko, the head of the Russian national space agency Roscosmos. Ironically, it was of the same design as the Express-AM4, which was lost in August 2011 in a failed launch. The satellite was to provide internet access in Russia’s remote regions at affordable prices. This was Russia's third launch of Express series satellites this year. In March, Express-AT1 and Express-AT satellites were put into orbit. In 2013, Russia carried out 32 of the 82 space launches completed worldwide, only one of which failed, Interfax reported.  [and from another] http://www.nasaspaceflight.com/2014/05/russian-proton-m-launches-with-ekspress-am4r/  The spacecraft sported 30 C-band, 28 Ku-band, 2 Ka-band and 3 L-band transponders and was to provide digital television and radio broadcasting services across Russia, mobile presidential and government communications, multimedia services (telephony, video conferencing, data transmission, Internet access) as well as solutions based on VSAT network technologies. [and from another] http://www.theepochtimes.com/n3/682393-unidentified-metal-spheres-fall-from-sky-in-china/  Russian news agency RIA Novosti reported that a carrier rocket malfunctioned and burned up over China on Friday, but that no debris could have reached Earth. The head of the Russian Federal Space Agency (commonly called Roscosmos), Oleg Ostapenko, told RIA Novosti: “Reports have been confirmed that the carrier rocket, the booster and the satellite completely burned up in the atmosphere. This happened over Chinese territory. Taking into consideration the altitude of the orbit, we can definitely say that nothing reached Earth.” [and from another] https://www.youtube.com/watch?v=Zqh61WsuRKU   Wondering if you could confirm or deny if this video shows an alien UFO damaging the recent Russian rocket?

We reported that Russia had a satellite launch failure in 2011 in a rocket headed to explore Phobos, the Moon of Mars where the Annunaki were mining for Gold. This challenged the quarantine between mankind and the Annunaki that had been imposed by the Council of Worlds.  We reported in 2012 that the failure of Russia’s Telekom-3  satellite launch was due to the intent to spy on migrants, so that Russian could block such migration. This was also the issue in 2013 when once again they had a dramatic failure to launch. Now in 2014, yet another dramatic failure, and is the message to Russia the same?

This 2014 satellite was ostensibly to provide Internet access and enhanced communication ability to remote regions of Russia, primarily to Siberia. But this was to be a two-way communication, so that the Russian government could trace movement within the Russian borders and identify communications between settlements. How is this different from the high-definition satellite images currently available, showing Earth from space with zoom capabilities? Enhanced surveillance capability would allow infra-red tracking so migrations could not be hidden beneath cover, nor could settlements hide beneath the ground.

Russia, China, and the US have vast territories, and rebellion against central governments is an established fact even when the territory is small and the culture, religion, and racial identity is homogeneous.  The flooding and migration that will result during the Last Weeks and Aftertime are viewed as an opportunity by the Council of Worlds, where many souls can rise to the occasion to help others or fail in this regard. Opportunity is key, but if restricted into immobility by overloads who restrict all movement, these opportunities are lost. Any restrictions must be loose enough to allow circumvention. So sayeth the Council of Worlds.

The question is not about religion or politics. Take, please, a couple of minutes on the images that I sent you in the archive. Inscriptions on them in Russian, but I will give thought. Murals which depict snakes, blue creatures and ordinary people . Russian Patriarch and Buddha surrounded by snakes. Missiles and land - rocket arrives on earth.  Annunaki? In many places meets three (and more) symbols supplementing each other - a symbol the alien newcomer (dragon), a symbol of an arrival from other planet (an obelisk and the earth), symbol of the people of Israel - (Magen David and snakes).  What is the relationship between the people of Israel , and these messages to those who in the "theme"? After all perfectly clear that for millennia traced the same symbols. Correct if the idea that the people of Israel had to prepare the Earth for gold stocks for 3600 years, when arrives Planet X? After all, you (Zeta's) said yourself that the Anunnaki on Earth drove an implicit way - why would not they leave on the ground of his "successor" who will do the dirty work. Anunnaki was in contact with other aliens and knew that mankind will develop technologically. Was created the cult of gold, have earned mines - all very reasonably, unless it is not similar to the truth, Zetas? Yes, as quarantine is any more will not work. After all finally, all riches of the Earth are people of Israel, including gold. Arrive now Annunaki- whether it was necessary to forward all it upward, on Planet X. 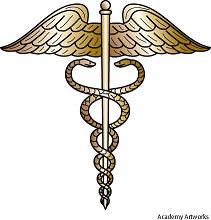 Snake symbolism is associated in antiquity with the Annunaki, the Sumerian Caduceus including the Winged Globe, for instance. The Annunaki had an alliance with Service-to-Self aliens, who provided the Annunaki with the ability to lift heavy rocks in their structures on Earth, the better to intimidate early man whom the Annunaki had enslaved. This alliance formed the basis for the quarantine the Council of Worlds eventually imposed, so that man could have a balanced spiritual environment during its 3rd density experience.

Dragons were likewise brought to Earth by the Service-to-Self to intimidate man, as are today’s Chupacabra.  Chupacabra and dragons and other such intimidation campaigns are allowed to be viewed by mankind in their conscious mind, thus dragons, which were released in many parts of the globe, appear in cultural references in China and Europe. These species are not native to Earth, and thus eventually die out. But what of the snake symbolism so prevalent in Judeo-Christian literature, ancient Sumerian images, and even associated with Buddha. The major Service-to-Self influence upon the Annunaki is a 4th density life form that looks like a short, fat snake. It can manipulate gravity but uses more dexterous slaves for other tasks.

What does the prevalence of snake symbolism dating to ancient times, in association with Gold, imply? Mankind’s past with the Annunaki is preserved in their stone structures, including the Great Pyramids, and in mythology. Where visitations with aliens today are only recorded in the subconscious, a rule imposed by the Council of Worlds to reduce anxiety in man during the Awakening, in the past conscious contact with aliens was allowed. Thus man saw the Annunaki accompanied by the fat snakes they had as allies, and correctly associated them with conquest, enslavement, and everything evil the Annunaki were imposing upon mankind.

The Jews, being enslaved by the Egyptians as recently as the past passage 3,600 years ago, were hardly seen by the ancients as powerful or allies of the Annunaki. That they have evolved into dominating the banking industry has been due to two factors – their communities are tight knit and supportive of one another and the Jews in the middle ages discovered a nitch. Money lending is at base a risky business, where the lender and lendee can both lose their investment. But if supported by the larger community, a money lender can survive hard times. In no way is the Jewish community collecting Gold for delivery to the Annunaki, though many human elites are sitting on hoards of Gold under the mistaken assumption this will be worth something in the Aftertime, when paper money loses its value. Gold will be worthless.