The San Andreas Fault line runs up through California and thence out into the Pacific. This is a slip-slide zone through California, so that mountain building occurs on both sides of the San Andreas Fault. Why would this be so, when the Pacific compresses greatly? There are points out in the Pacific, which is not one plate but at least four, that give more readily, thus sparing California from immediate subduction trauma. Yet the plates pushing under the West Coast of N America do cause mountain building all the way to the Continental Divide. How can this seeming contradiction exist? Plates are composed of layers of rock, a fact to which we have often alluded. These layers can pull apart to create a thinner crust in those parts of the globe that are in the stretch zone, thus causing those regions to drop in elevation, to sag.

Where the various rock layers find they meet a barrier, but some of the rock layers (perhaps the surface layers) have more resistance than the deeper layers, sliding of these layers can occur. This is a deep adjustment within the plate, which like a stack of papers finds it is still just as thick, though parts of the stack have shifted to this or that side. This is occurring in California. The top layers of the Pacific Plate pushing under the West Coast scrape off and rumple, creating the coastal mountains while the deeper layers proceed to push under all the way to the Continental Divide. This process will continue to occur during the pole shift, and thus there will be rumpling along the coastal mountains from San Diego to Monterey, though this new rumpling will occur at a deep level and not likely toss those on the surface about. There will be an elevation increase of perhaps 57 feet for this region. 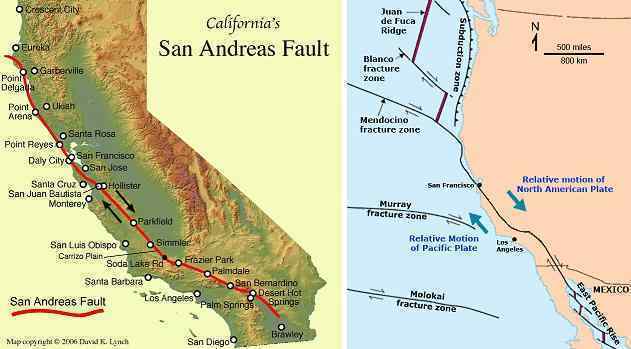 For northern California there is a similar rise in elevation but higher, perhaps to 92 feet. The San Francisco Bay area will notice this, as the rivers emptying into the Bay will become a waterfall at their joint outlet. However, as the oceans rise 675 feet within two years after the shift, this too will be covered in water. This rise in elevation does not continue beyond northern California, as the Juan de Fuca Plate absorbs any pressure from the push of the Pacific Plate. Thus the elevation rise for Oregon and Washington is not expected to be more than 25-30 feet. We have stated that Vancouver Island will get an increase of 100 feet and travel 100 miles further north from the Canadian coastline due to the fracturing of the Juan de Fuca and N American plates at this point. The tiny Explorer Plate is an indication of this. The San Andreas slip-slide will drag Vancouver Island along, and rumple this up to 100 feet above where it is today. 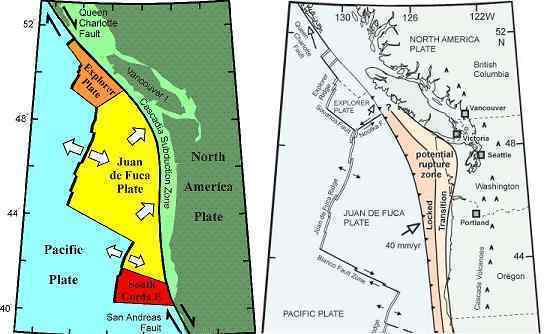