Singapore, as well as the large islands of Indonesia and the Malaysia are riding on the tongue of the Eurasian Plate. These will all suffer when the plate movement described as part of the Holographic presentation Nancy was privy to on November, 2009 occurs. New Guinea, however, rides on the Indo-Australian Plate and will if anything get a bump up in elevation due to the plate tilting. To what extent will the islands on the tongue suffer during the plate movements described? Sumatra and Java of course ride at the edge of the plate, and are land masses rather than seabed because of the subduction pressure. Rock has been scrapped off the tongue as it subducted, creating mountains from this jumble. Sumatra and Java are not, thus what is assumed to be solid rock but is a clutter, a jumble, and can thus easily shift under sufficient pressure. The Malaysia peninsula is lowland, and any reduction in sea level is devastating. Singapore thus shares in a dual tragedy, situated between a crumbling Sumatra and a sinking Malaysia. Sumatra and Java will not sink entirely, as they have high ground, high mountains. Borneo likewise has high ground, and this will survive even the scouring of the water wash from the Pacific during the hour of the pole shift. But during the plate movement that will push some islands in Indonesia down, many small islands, and the coastlines of larger islands, will experience a loss of sea level, suddenly. In that Singapore is situated on lowland, it too will becomes suddenly flooded. 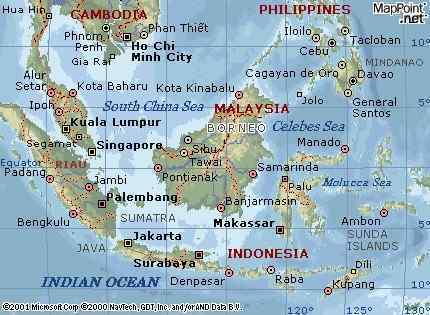