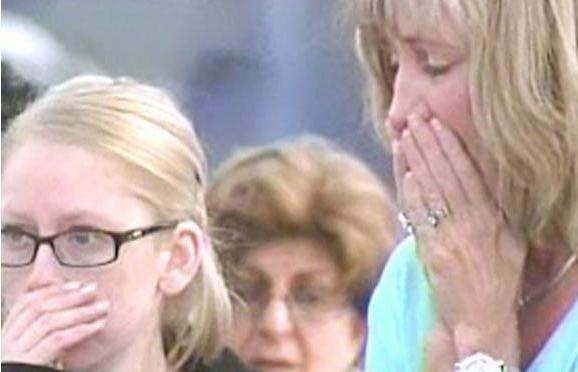 Worst Mass Slaying In Nebraska History Claims 9
December 5, 2007
http://www.ketv.com/news/14782867/detail.html
The worst mass slaying in Nebraska history claimed the lives of five men and three women, plus the shooter. The gun used at Westroads Mall was an SKS-style assault rifle with two magazines taped together. Taping magazines together is a technique that allows the shooter to reload more quickly. He stole the weapon from his stepfather. The shooting appears to be random and without provocation.

Hawkins fit the profile of one highly in the Service-to-Self. Was it depression that caused him to drop out of high school and fail to perform to the level of expectation at McDonalds? He resented having to do any of it, and refused. His refusal may only have been expressed as passive resistance, not an explosion of anger, but it was nonetheless an expression of his expectations. Life was to deliver what he needed, with no effort required on his part. Hawkins was not mentally retarded, nor neglected as a child. He was given extensive intervention assistance by the state of Nebraska, which repeatedly intervened during his teen years. He was not without a home, escaping the mild discipline his family imposed on him by moving in with friends. Nor was he about to be kicked out of this new home, which was endlessly sympathetic to him, where it was assumed he was dealing with a depression rather than an attitude problem.

Was he depressed? In that depression is rage turned inward, yes, but at no time were his life circumstances such that he could not turn his life around. He could have obtained a high school degree, and gone forward to a local college or job training. In all of this he would have been supported. He could have returned to his family, too, by simply complying with a few ordinary family rules. None of this was the life he desired, as the expectations of a highly Service-to-Self soul is not to do any work but to be allowed to do whatever he pleases, and to receive whatever he desires, promptly. That this was not forthcoming in his life was the source of his depression.

Such individuals have been around since the beginning of time, on Earth. Their lives are often considered the life of a neer-do-well, a slackard, one who did as little as possible to maintain body and soul together, and always looking for the easy path and foisting off on others any unpleasant task. Such individuals often become drug addicts or drunkards, blaming their failures in life on an addiction and begging for handouts. The path assumed by such individuals often is shaped by the expectations of those of whom they are taking advantage of. If there is any physical attribute they can use, such as a lack of good looks or intelligence or a lame foot, these attributes are endlessly emphasized as the reason for a lack of ambition in the work and school world. In an affluent setting where treatment options are endless, such an individual might quickly assume the persona of a troubled child or a depressed adult, as a cover, but in an underclass setting would more likely engage in petty crime to support their lazy lifestyle.

This is not to say that every individual not conforming to society's expectations is a sociopath, or that every addict is a sociopath. Most certainly, depression is a very real affliction affecting humans of good heart as well as those attempting to hide behind this façade. And there are children raised in good homes and neighborhoods who have very real reasons to be troubled, perhaps because of hidden abuse or some dynamic not apparent on the surface. Our point is that those in the Service-to-Self who are trying to manipulate others to serve them will use such avenues to disguise their spiritual orientation when they feel they are trapped and have no other avenue. As we have consistently mentioned, during the Tranformation period such individuals are being counseled by aliens in the Service-to-Self to choose yet another route, not previously being advocated. In the past, these individuals could anticipate being incarnated again and again on Earth, until the time arrived for them to be delivered to one of the Service-to-Self "prison" planets. It is only the full knowledge that this incarnation on Earth will be their last incarnation that such extreme measures as a massacre are being taken.

Will the Westroads Mall massacre in Nebraska be the last? Not hardly! Those in the Service-to-Self who have been enjoying their current incarnation, who have been on top of their game and able to have their way, have been reluctant to take drastic steps that would require them to shoot themselves or go to prison. But when the Earth changes are such that it is obvious that the pole shift is upon the Earth and all will have a struggle in the Aftertime, the options being encouraged by aliens in the Service-to-Self will look increasingly attractive. Thus is it during the last weeks that such massacres might increase in frequency, or in the weeks after the pole shift when the reality of a very different life in the Aftertime cannot be denied. 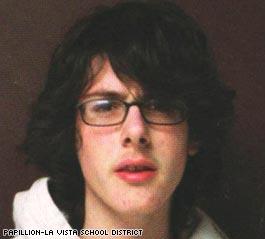 Shooter Remembered By Friends, Landlord
December 5, 2007
http://www.ketv.com/news/14785654/detail.html
The shooter at Westroads Mall was identified as Robert A. Hawkins of Bellevue, and a suicide note said he was going to be famous. Hawkins, 20, had been arrested on a couple of misdemeanors in November and was due in court this month. One charge included minor in possession of alcohol. Hawkins dropped out of high school a few years ago. He had stopped living at his parents' home after they set some ground rules that he didn't like. Hawkins had been on antidepressants. He seemed to be a suicidal kid. During school, he would talk about killing. Hawkins wasn't so much angry, but wanted to go out like a star. A staff member at a group home where Hawkins lived for awhile said Hawkins was a target of teasing, but a good kid.
Man Opens Fire at Omaha Mall, Killing 8
Dec 5 11:
http://www.breitbart.com/article.php?id=D8TBNJGG0&show_article=1
Hawkins was kicked out by his family about a year ago and moved in with a friend's family in a house in a middle-class neighborhood. Hawkins was fired from his job at a McDonald's this week and had recently broken up with a girlfriend.

Mall Shooter Was State Ward For 4 Years
December 6, 2007
http://www.ketv.com/news/14792807/detail.html
Todd Landry, the director of Child and Family Services for the Department of Health and Human Services, said the state spent $265,000 on services provided to Hawkins over the four years he was a state ward. Landry said Hawkins was made a state ward with no parental fault, but because he needed services, which included stays at residential centers and in-patient at a hospital. Landry said Hawkins stayed at a facility in Missouri called Piney Ridge, plus Omaha's Cooper Village, Lutheran Family Services and Addiction and Behavioral Health Services Inc. Landry said those homes provide addiction counseling, mental-health counseling and behavioral counseling, among other services, but he could not say exactly what Hawkins was treated for under federal and state privacy laws. Landry did say that one of the treatment periods came after Hawkins threatened to kill his stepmother.